Panel on Humor and Laughter

Humor and laughter are seen as having the potential to relieve pain, create a positive outlook, and get through life’s numerous stresses. Humor and its related laughter come in various forms. The panel members on humor are experts at understanding and explaining the many subtleties of humor. They will provide us with multiple forms of humor and why laughter is important to our health and wellbeing. This is an opportunity to become engaged and enjoy a giggle or two. 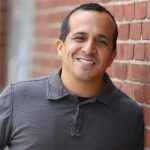 Will Luera – Improv Institute, Florida Studio Theatre
Will Luera is the Director of Improvisation at Florida Studio Theatre, Director of Big Bang Improv and serves as the Artistic Director Emeritus of ImprovBoston, Artistic Associate of the Chicago Improv Festival, Artistic Advisor to the Women in Comedy Festival and Faculty of ACE at Suncoast Technical College. Will is a globally renowned improv and theater actor, director and instructor that performs and teaches regularly all across North America, South America, Europe and Asia. 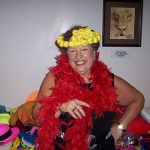 Hedda Matza-Haughton – “For the Health of It”
Consultation Services, Laugh for the Health of It
Hedda Matza-Haughton, LCSW, a breast cancer survivor, has worked extensively in the area of the communication between the mind and body, stress management, laughter and integrating improvisational theatre into educational programs. “Laugh for the Health of It” is one of her nationally acclaimed programs that deals with the emotional and physiological benefits of laughter, joy and fun and play, and how these can be incorporated into your life. She has created and directed numerous workshops for a diverse audience of community and workers in both the profit and non-profit arena, and has appeared on local and national TV as an expert in such issues as stress management, breast cancer, and creativity through laughter. She has done considerable work in creating and developing support programs for survivors of cancer and other chronic and life-threatening illnesses, their families and the community. She is a consultant, health educator and licensed certified social worker with over twenty years of experience in the health care industry. Ms. Matza-Haughton is currently the president and founder of “For the Health of It” Consultation Services and an artist in residence in the Artists in Schools Program, sponsored by the Patterson Foundation and the Cultural Alliance of Sarasota. She was formerly the Director of Consultation, Education, and Prevention at Maimonides Community Mental Health Center and the Director of the Department of Social Work at Maimonides Medical Center. She is also the creator of the following innovative nationally acclaimed programs entitled: “FACES, Maimonides Teenage Theatre Network, a teen improvisational theatre programs, “Words Not Spoken, for all ages.” “Words Not Spoken” is a dynamic, interactive program addressing such issues as: bullying, intimacy and sexuality and aging, workplace issues; teen and young adult dating violence; family relationships; communication and choices in death and dying; caregiving, cancer survivorship; and other life experiences. All of these programs are all uplifting, educational, and are highly interactive. She is also the creator of the popular Princess Juicy Joy’s Laughter Kit. 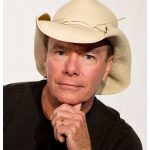 Les McCurdy – McCurdy Comedy Theatre & Humor Institute
Les McCurdy started his performance career training in the BFA Theatre Program at U. of Memphis completing his studies in 1980. By 1984 he was a nationally touring stand-up comedian in the newly emerging comedy industry. In 1988 he and his wife Pam (FSU/ MFA Theatre Grad.) opened McCurdy’s Comedy Theatre & Humor Institute in Sarasota Fl. The Theatre has been mentioned on The Tonight Show (Carson/Leno/ & Fallon), The Today Show, Late Night with David Letterman, The Late Late Show with Craig Ferguson, PBS, The History Channel and in Stuart Kaminsky’s NY Times Best Seller “Midnight Pass”.

The Theatre is now one of the most respected comedy venues on earth where Les is the regular host. He has had the opportunity to perform with the comedy elite over the years including Seinfeld, Newhart, Chong, Alan King, Jackie Mason, Phyllis Diller, Smothers Brothers, Steve Allen, Louis CK, Amy Schumer, DL Hughley, Foxworthy, Ron White, and Les asked a young Dan Whitney who was headlining his Theatre in the early ’90s to try performing a character in his show that he was doing on a local radio show in Tampa and behold for the first time on stage that night the world was introduced to Larry the Cable Guy. Les has appeared on Comedy Central, Showtime & PBS.

He is also one of the most respected stand-up comedy teachers in the world. He has been teaching Stand up for over 30 years. The Theatre performance and training programs have been acclaimed on The Tonight Show with Carson Leno and Fallon, Letterman, Late Late Show w/Craig Ferguson, The History Channel, Showtime, Comedy Central, PBS, and in the Documentary Film Special O’Laughics.

Special O’Laughics is a one of a kind program developed and taught by Les McCurdy working with mentally challenged adults to perform stand up and sketch comedy. It is totally funded by McCurdy’s Humor Institute. A performance on April 24, 2017, will mark the 10th Anniversary of the program. 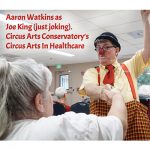 Aaron Watkins – The Circus Arts Conservatory
Aaron Watkins has laughed with people around the world – from Lincoln Center and The White House to China and Dubai to the three rings of Ringling Brothers and Barnum & Bailey. He is a proud recipient of the Raoul Wallenberg Humanitarian Award for his work with the Big Apple Circus and Paul Newman’s Hole-In-The-Wall Gang Camp. Aaron co-produced the NY International Festival of Clown-Theatre, directed Macy’s Thanksgiving Day Parade clowns and served as Dean of Students at Ringling’s famed Clown College. He has taught and lectured on clowning and acting at schools, theatres and professional conferences across the country.

Water quality is often taken for granted until an event such as the recent red tide bloom captures public attention. It is becoming more apparent that with increased population growth in SWFL resulting in inadequate sewage treatment capacity, a sizable number of septic tanks still in use, the continuous elevation of fecal bacteria at our beaches, excessive amounts of nitrogen runoffs from lawns; all of which combine to threaten our water quality. Our panel members, drawing upon their respective expertise, will address these issues, explore possible policy and practical changes, and help us see ourselves as part of the solution for improving water quality in this region. 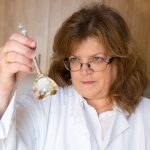 Cindy Heil, Ph.D., Mote Marine
Dr. Heil is currently the Director of the Mote Red Tide Institute and Mitigation Research Program Manager at Mote Marine Laboratory, Sarasota, FL.  Prior to coming to Mote Marine Laboratory, she was Senior Research Scientist at Bigelow Laboratory for Ocean Sciences in West Boothbay, Maine.  She has also served on the Research Faculty at Colby College in Waterville, Maine.  Dr. Heil earned her Ph.D. at the Graduate School of Oceanography at the University of Rhode Island in Narragansett, Rhode Island.  Her dissertation topic dealt with the “Influence of Dissolved Humic Material on Marine Phytoplankton”. 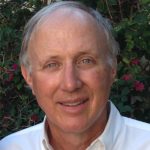 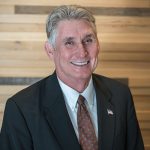 In this role, Jon works with nonprofit organizations, donors, and other community partners to invest Gulf Coast grants and resources in projects that will transform our region and improve public policies. His knowledge of the region and the relationships he built as a public servant are tremendous assets to his work. Jon has provided critical leadership on behalf of Gulf Coast in our community’s creation of a system of care for homeless children and families, and he is part of the cross-sector team that is adapting that model to effectively house and support unaccompanied homeless youth and chronically homeless adults. Other transformative projects in which Jon plays a key role include community-driven efforts to extend the multiuse recreational Legacy Trail in Sarasota County and to sustainably redevelop the Sarasota Bayfront.

Jon is also recognized throughout Florida as a leading advocate for protecting the natural environment. A fifth-generation Floridian, he was raised on a farm near Osprey and began working at his family’s real estate company at 14. Jon began his environmental advocacy at Venice High School in 1974 as a founding member of the Ecology Club, and in 1996 he was featured in National Geographic for his efforts to protect endangered species. 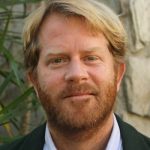 Aaron Welch, Ph.D., Two Docks Shellfish
Dr. Aaron Welch is a Florida native and local aquaculture professional. He received his PhD from the University of Miami in 2015 and is the founder of Two Docks Shellfish, LLC, a shellfish farming company that produces clams, oysters and sunrays in the waters of Tampa Bay.